AHARG was formally established in 2003 as the main research group to search for and survey the Battle of Bosworth site, although as a group of volunteers we had been working together since the autumn of 1996.

While working alongside the Battlefields Trust and other professional bodies, AHARG was successful in identifying the site of the Battle of Bosworth in 2009. Since then, AHARG have continued their research and have also worked on numerous other battlefield surveys as well as other important archaeological projects. 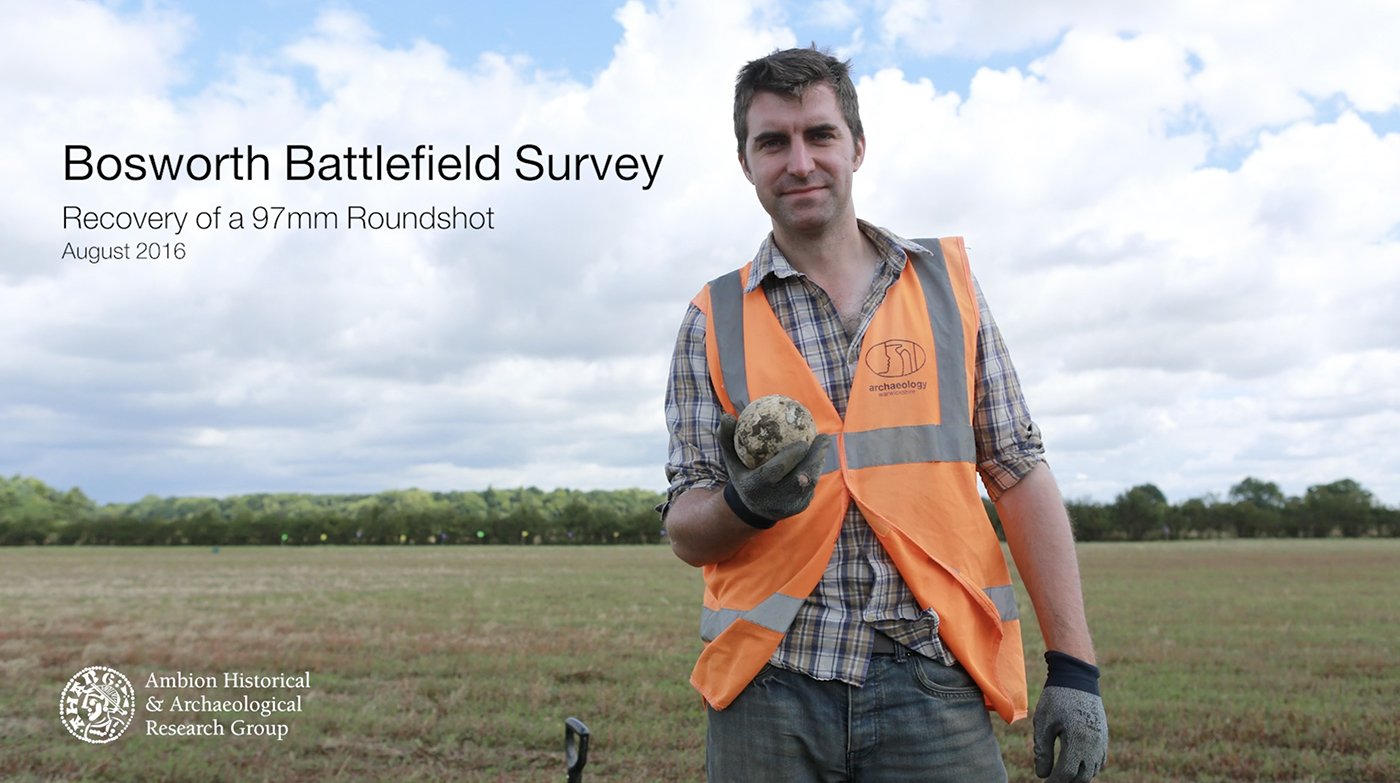 A unique and previously unseen insight into the recovery

of the second 97mm roundshot from the Bosworth Battlefield survey.

Principles of our work

Utilising our tried and tested survey methodology, we provide a unique service, the results of which have been proven essential in the interpretation of many major archaeological sites.

We are trustworthy and diligent when working on sensitive sites. All work is undertaken with discretion and professionalism.

We are always keen to utilise the latest technology and adapt our methodology to improve our services and results.

Fun to work with

Surveys can be very hard work, but  friendliness, smiles and laughter come as standard when you work with us.

Our project portfolio may have something to do with it…

Team members have also conducted archaeological surveys on several European battlefields including some located in Scandinavia, Belgium, France
and the Mediterranean.

We have worked closely with numerous county and national archaeology teams on rescue digs, sensitive historical sites, as well as sites of both national and
international importance.

We have worked with television crews including local, national and international news teams as well as shows such as Time Team and Digging for Britain.

“AHARG undertake work to a high archaeological standard, with a detailed knowledge of the methodologies through which to achieve the aims of a project.“